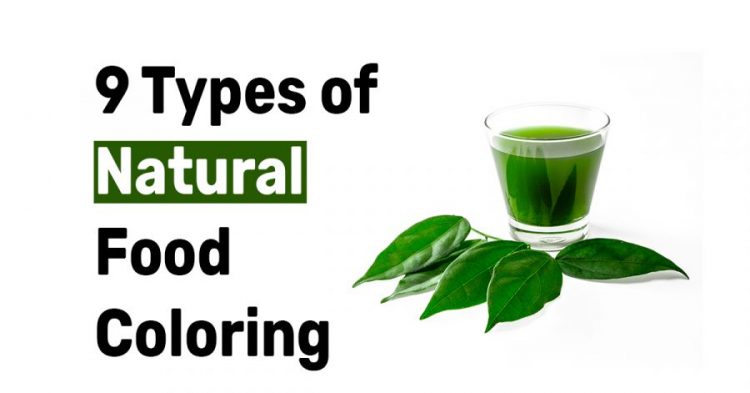 Natural colouring is from vegetables, fruits, plants, minerals, and other edible natural sources. It is done by physical or chemical extractions that result in selective extraction of pigments, nutritive, and aromatic compounds. It is available in powder, liquid, paste, or gel form and it is usually used in domestic cooking and commercial food production. Organic food coloring like the natural color is made using real plant-based without any artificial ingredients. Examples of organic food color are from beetroots and turmeric. You can make natural food color easily at home and the most common now is the DIY food colors or “do it yourself”.

Anthocyanins or commonly known as E163 natural colouring that is abundant in black grapes, blackcurrants, cherries, elderberries, red cabbage, and strawberries. It is usually used in jams, drinks, and sugar confectionery. Its attractive red, purple, and blue colors are easily dissolved in water. This kind of food color is sensitive to PH change. The reddest color means that it is acidic and the blue pigment means higher pH.

Betanin or E162 is a natural food coloring commonly found on beetroot that gives it a red or pink color. It is usually used in dried, frozen, and short shelf-life products like yogurt and ice creams. It has limited stability when exposed to heat, light, and oxygen that’s why the best example of it is ice creams products.

Carminic Acid or E120 is a unique natural colouring because it comes from the female cochineal insect, unlike the other natural color that usually comes either from vegetables or fruits. It gives a red color and it is introduced in the European countries via the Aztecs. It is stable when exposed to heat, light, and oxygen and that makes E120 better than to another natural color.

Chlorophylls or chlorophyllins are known as E140 and E141 natural colouring that comes from the natural pigment of the plant. It is usually found in alfalfa grass, nettles, parsley, and spinach that give its green color. Like the other natural pigment, it is water-soluble and relatively stable when exposed to light and heat. It is used in dairy products and sugar confectionery.

Carotenoids or E160a-E160g is a natural food coloring that usually found in vegetables and fruits such as annatto, carrots, oranges, prawns, red peppers, saffron, tomatoes, and palm fruit. It gives yellow, orange, and red colors in margarine, other dairy products, and sodas. It is heat stable and not affected by a sudden change in pH level.

Curcumin or E100 is an organic food coloring found in turmeric that gives its yellow color. It is usually used in pickles, soup, and confectionery. The turmeric pigment called curcumin is widely used in the field of culinary. It has good heat stability and an oil-soluble that tends to fade when exposed to light.

Riboflavin or E101 is also a natural color that gives yellow pigment found in eggs, milk, and yeast. It is used in cereals, dairy products, and dessert mixes. It is also used for the fortification of many products.

Carbon Black or commonly known as E153 natural colouring found in carbonized vegetable material. It is commonly used in concentrated fruit juices, jams, jellies, and liquorice. Even though it is a natural food color, it was banned as a food additive in the United States of America because it is suspected as a carcinogenic agent.

Caramel or E150a-E150d is also an organic food coloring found in melanoidins (caramel) that gives brown color in baked goods and soft drinks. It is widely used in baking for an added vibrant and flavoring agent. The stability of this kind of natural food coloring depends on the type of caramel used but it is heat and light-resistant.

5 Signs and Ways to Avoid Heat Stroke in Children

9 Causes and Symptoms of Malignant Hyperthermia