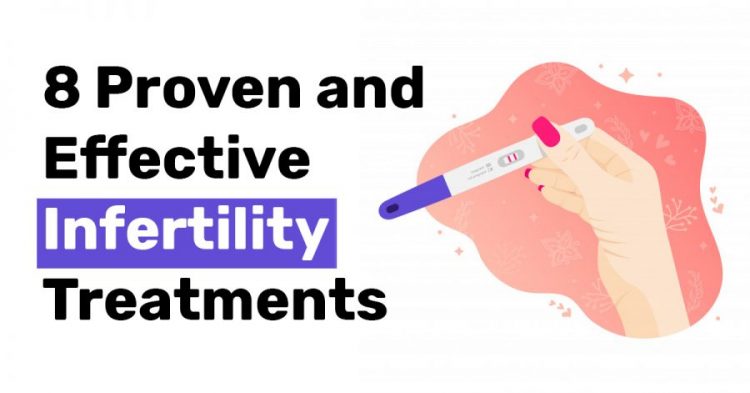 Having babies is what most couples want. However, there are also challenges in pregnancy. One of them is infertility or unable to become pregnant after a year of trying.  Furthermore, there are 1 out of 6 couples who are infertile in some parts of the world. This ratio has doubled since the 1980s. Hence, you should not worry as there are effective infertility treatments. There is also medical help for people with this illness.

Ovulation problems can cause difficulty in getting pregnant. These drugs serve as a cure by allowing egg release. Hence, they aid the release of egg cells.

Tell your case to the doctor and let him or her give you the right medicine and options. Aside from that, you’ll know the help and risks of taking the drugs.

Through a thin tube, the sperm goes inside the uterus. This option takes place when the female gives off one or more eggs. By that time, the doctor will put the sperm in the woman’s uterus. As a result, egg fertilization will happen.

Doctors give female infertility treatment through an operation. Hence, some uterus problems are the cause.

4. Have a better Lifestyle

There are many things that affect the ability to produce. Likewise, the lack of healthy sperm may be due to poor health.

Some drugs increase healthy sperm production. Therefore, the chances of having a successful pregnancy get higher.

If medicines are not effective infertility treatment, surgery is an option. Also, it may solve the inability of the sperm to pass through. Additionally, some surgeries include repairing the damaged part.

There are cases where sperm count is very low or is not present. Therefore, doctors get it from the male’s sexual organ. Other treatments include:

To do it, doctors join the sperm and egg cells outside the female’s body. They do it in a laboratory. After the egg has developed, they will return it to the female’s womb for growth. Also, before it is done, tests must take place. Hence, it gives us information about the cause and what option to take.

Through a blood test, doctors will know the levels of male hormones.

Sometimes, family health history is the cause. To be sure, doctors ask for this kind of test.

There is a  male fertility test to know whether there are problems in the sperm. Therefore, in this procedure, doctors will remove a small part from the male organ.

The doctors will study the brain and other sexual organs through images.

Moreover, the ability to have child in men depends on the sperm. While in women, it depends on normal release and healthy eggs.

To check whether the female is ovulating, doctors conduct a blood test. Hence, this test will take a count of female hormone levels.

Additionally, a test checks the important part of the female reproductive organ. Consequently, it looks for possible problems like blockages. By doing so, we will know if there is a normal fluid release.

Also, there is a test to know the number of eggs inside. Therefore, it starts with testing hormones during the start of the period.

Moreover, ask for a test that can check for hormones as it can greatly affect women’s ability to get pregnant.

Furthermore, a pelvic ultrasound can tell if you have an illness. Also, ultrasounds get a clearer look inside the uterus.

For men to improve fertility:

For women to get higher chances of pregnancy: