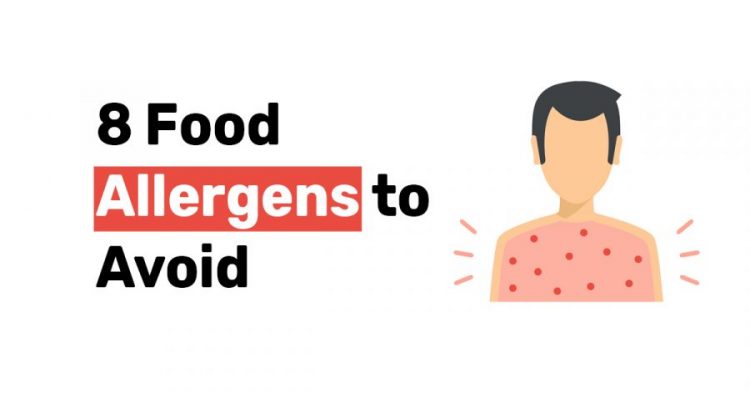 Having food allergies are very common and it can happen to anyone. According to statistics around 5 percent of adults and 8 percent of children are allergic to a certain type of food and this number is still increasing. This condition is caused by a specific food that can trigger a different immune response once taken inside the body. It is an immune system incorrect response to a type of protein present in the food that detects as harmful by the body. It is a defense mechanism of the body that makes it release a chemical called histamine that causes an allergic reaction like inflammation.

People who are allergic to food should watch their diet very carefully as a very small amount can trigger an allergic reaction. The response of the body to food allergens can take a few minutes or hours that include:

Severe cases of an allergic reaction can even cause death. However food intolerance is not an allergy, it does not involve the immune system and not life-threatening.

Allergic reaction to cow’s milk is common to babies and toddlers. It can happen when they have been exposed to cow’s milk later than six months old. The good thing about this condition is most children affected by one of these food allergies can outgrow it after two to three years old. Allergy in cow’s milk can both occur in IgE and non-IgE, but commonly children are affected by IgE and it is also one of the most dangerous.

People affected by IgE will likely experience a reaction after five to thirty minutes after the ingestion of cow’s milk. Most of them will experience hives, swelling, vomiting, rashes, and rarely anaphylaxis. For the non-IgE, the common symptoms are diarrhea, vomiting, or constipation. The only way to treat it is to avoid the consumption of food with cow’s milk such as milk powder, margarine, butter, cheese, ice cream, yogurt, and cream.

A nursing mother with babies allergic to these food allergens should also stop eating foods with cow’s milk.

This is another common allergen to children affecting 68 percent of the population and may outgrow it at the age of 16 and above. It can cause skin rashes, hives, digestive distress, respiratory problems, and rarely anaphylaxis. There are instances when one can be allergic to egg white but not the egg yolk and vice versa. The main reason is that protein in egg white and the yolk differs in structure. To know which one affects you, you can do a food allergy testing that can be done in the hospital.

Interestingly, you may not avoid eating foods with eggs because cooking or heating can change the chemical structure of the allergy-causing protein. This is the reason why some can tolerate eating biscuits, bread, and other food products with a minimal amount of egg.

Tree nut allergies come from nuts and seeds from trees. Some of these are almonds, macadamia nuts, cashews, pistachios, brazil nuts, walnuts, and pine nuts. By administering food allergy testing one can detect the specific nut that causes an allergic reaction. People who are allergic to a certain type of nut will also experience reactions to oils and other products made from these nuts.

Peanut does not belong to tree nut family as it is a legume, but people who are allergic to peanuts are most likely to experience allergic reactions to tree nuts. Some studies show a relationship to genetics so people with a family history of allergy to peanut must be very careful. Some are also related to the early introduction of peanuts in the diet through breastfeeding mothers. However, several studies also showed that the early introduction of peanut can offer some protection from these food allergens.

Food allergens in shellfish are triggered by the body’s response to protein from mollusk family and crustaceans such as prawns, lobsters, shrimps, squids, crayfish, and scallops. However, allergic reactions to shellfish can happen once it is contaminated by bacteria, parasites, or viruses. The best treatment is totally excluding it in the diet.

Allergic reaction to wheat is caused by the protein found in it. Children are mostly affected by this condition and outgrow it by the age of 10 years old and up. Allergy to wheat is sometimes confused with celiac disease which is gluten sensitivity as they have very similar symptoms.

It is common for children but 70% of them will eventually outgrow it. Surprisingly, some children who are allergic to cow’s milk also shows a similar reaction to soy.

Food allergies to fish are common with adults as it is commonly shown later in life. Since fish is a common ingredient to dishes, people suffering from it are advised to always bring epi-pen in case they accidentally ingest fish.