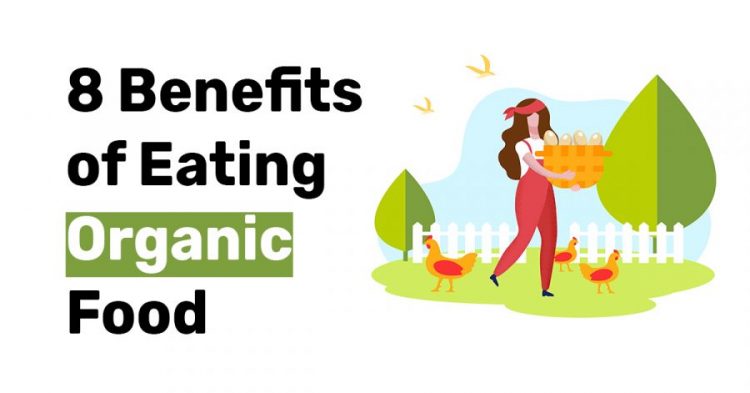 Eating organic foods is gaining a lot of attention today because of its many benefits. Also, there are increasing numbers of farmers who are turning into organic farming to produce organic food for human consumption. According to a 2016 survey, consumers are buying organic products because they are aware that it is eco-friendly and due to health-related reasons.

It is important to know what is organic food production as one can also produce his/her foods at home in a natural way. Farmers who are into organic farming are producing crops in a clean environment, which means no pesticides as well as genetically modified crops. Organic products are indeed more expensive compared to others, but it is cheaper if you will grow your own.

When you say organic, it does not only refer to vegetables and fruits but livestock can also be grown organically. When it comes to organic livestock farming, ranchers are treating their animals humanely and healthily. They are fed with natural foods and treated without the use of chemicals. These animals are free to roam around and they are fed with organic feeds as well as give them the liberty to enjoy the fresh air. This way of raising livestock can offer a stress-free environment to them that is why they grow healthy and away from diseases.

Some consumers who are not aware of the health benefits of organic products are not buying them because they believe that it is more expensive. However, they do not realize that these food choices are far more nutritious than conventionally grown food products. They have more plant compounds, antioxidants, vitamins, and minerals that are usually destroyed by conventional farming. Some studies link genetically modified crops and animals to health problems like cancer.

Milk and meat produced by organically grown animals contain 50 percent more omega-3 fatty acids which are a known unsaturated fatty acid (healthy fat). According to a 2016 study conducted by the British Journal of Nutrition, organic milk that was tested contains lesser saturated fat compared to non-organic ones. The main reason is the fact that animals raised in this type of environment are all grass-fed and are allowed to spend more time outside, according to the authors of the study.

Although this antibiotic is given to animals, some traces can affect humans, according to a professor from Arizona State University named Rolf Halden. The residue from antibiotics can cause antibiotic resistance to humans.

A study about natural foods by the Journal of Agricultural and Food Chemistry found out that organic vegetables like onion have higher antioxidant content by 20 percent compared to traditionally grown onions. The study lasted for six years. However, a previous study analysis showed no difference in the antioxidant content. The theory is that the study has a short study period and affected by other variables like weather conditions.

Organic products are found to be rich in energy-giving nutrients because of its very low level of toxins. This helps the body to easily digest foods to be converted into energy as toxins can hamper the normal functioning of the digestive system.

Organic vegetables and fruits have a higher amount of nutrients that can boost the immune system response of the body to fight infections. Eating naturally grown plants and livestock can free your body from harmful toxins that can increase free radical formation. Accumulation of too many free radicals can lead to chronic inflammation which makes it harder for the immune system to work.

5 Signs and Ways to Avoid Heat Stroke in Children

5 Emphysema Symptoms and Causes you should know