7 Signs of Autism in Adults 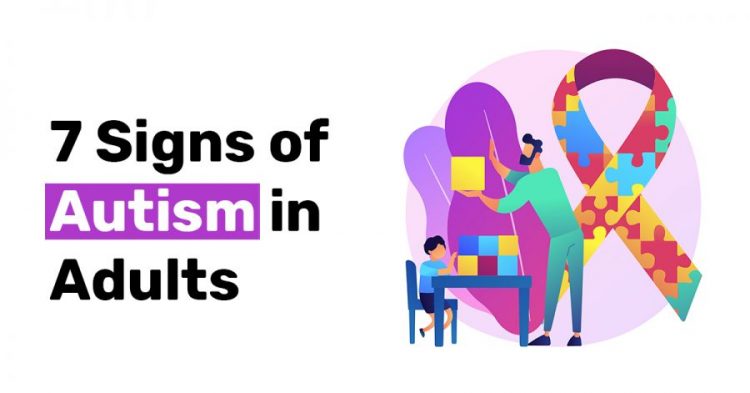 Autism Spectrum Disorder or referred to as “autism,” is a psychological condition that impairs people’s development, affecting their speech, thinking, and social skills. The majority of ASD identification happens in childhood, at age 3. But for some, autism is not diagnosed until they reach adulthood. Worse, autism is misdiagnosed as other similar conditions like ADHD. Autism symptoms in adults can be different from signs evident in younger years. Some symptoms may be mild that it does not affect one’s life during the early years. However, when one reaches the age where parental or teacher guidance is not around, symptoms might significantly affect their lives.

Signs and symptoms of ASD are different from one person to another. ASD is a spectrum, and its symptoms occur in different intensity. Not everyone will experience the known symptoms, or others will experience only a few. Symptoms may vary between males and females, too. Women with autism tend to cope better than men in terms of social skills. It leads to difficulty or late diagnosis of autism in women. Most adults with autism learned to adapt to their symptoms. While early identification leads to the best outcomes, an adult autism diagnosis is vital to receive the proper support. Medical care is beneficial for adults with autism.

This article explores seven signs of autism in adults.

Autism in adults is marked with challenges in starting and maintaining conversations. Adults with ASD feel uncomfortable with eye contact, so they tend to face a different direction when talking with someone. People with autism have trouble analyzing idiomatic expressions and sarcastic remarks. They can’t read between the lines, and they construe words as it is. They also find it hard to comprehend facial and body gestures. During conversations, individuals with ASD get confused by taking turns in the talk. They tend to take over the talk with their interests. In terms of speaking, they lack intonation.

Autism symptoms in adults show through their social abilities. Adults with ASD can hardly connect to people. They have trouble controlling their feelings, just like finding it hard to comprehend how others feel. It leads to failure in keeping friendships or other interpersonal relations. Adults with autism often like to be alone and engage in solitary tasks. They tend to encounter social anxiety. People with autism lack people skills and find it hard to fit in with cliques. They also lack interest in connecting with others.

A sign of autism in adults is repeated movements. This behavior is often uncontrolled and interferes with their daily tasks. An example of this is repeated throat clearing that comes with unintentional noises. Adults with ASD tend to be clumsy. They also like doing routine activities to the point that they face extreme stress when these activities shift. Only a few ventures appeal to them. Adults with ASD might misbehave in certain situations as they are troubled to adapt their actions to various social environments.

Signs of adult autism include rigid thinking. Adults with ASD tend to talk about particular topics and find it hard to shift with a different one. When they find one subject appealing, they are in a constant monologue about it. They are often uninterested in things that other people find fascinating. Some individuals with autism have high intellect and possess talents with math and its allied fields. Some people with ASD have trouble dealing with criticism or feedback.

Adults with autism are easily annoyed by smells or sounds that others don’t seem to notice. They also feel more comfortable organizing their things in a particular way.

Some adults with autism need more assistance compared to others when it comes to performing daily duties. They may find it hard to complete their tasks without someone’s support.

Autism spectrum disorder is linked with other psychological conditions like depressive disorders and anxiety disorders. Aside from these, ASD is often comorbid with ADHD. Some signs of the two conditions may overlap. Studies suggest that people with ASD are more prone to comorbidity than other people. Research claims that 30 to 60 percent of people with ASD also have ADHD.