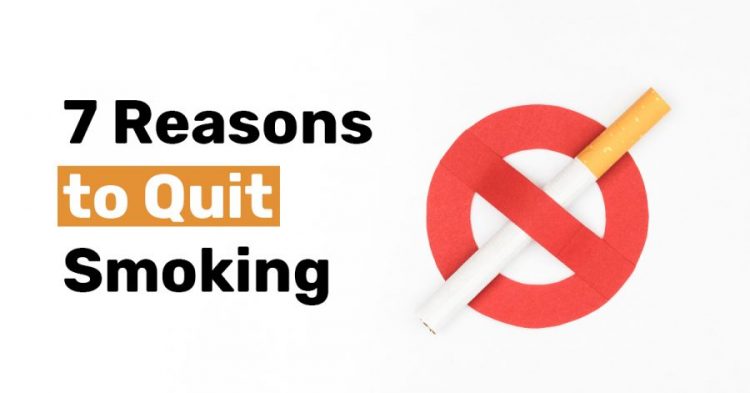 Chain smokers are already aware of the dangers that it can cause to their overall health. Maybe you are thinking about why they keep on hitting a stick of cigarettes despite their knowledge. Most of them cannot stop smoking as they already develop an addiction to the substance called nicotine. Just like other drugs, nicotine is very addictive because it has a pleasing effect on the brain. However, it is temporary, and those who smoke experience satisfaction while and after smoking.

Knowing both long term and short term adverse effects of smoking might help people who already developed an addiction to nicotine. On an average of 75 to 80 percent of smokers want to quit smoking. However, only 10 percent of them are successful, and it takes ten attempts to stop eventually.

1. Cigarette can cause Alzheimer’s Diseases

For elderly smokers, according to a study done in 9,200 male and female who are more than 65 years old shows a decline in their mental health for up to 5 times faster compared to non-smokers. The study was reported in a scientific journal of Neurology.

Participants underwent a standardized test that is used to measure mental impairment at the beginning of the study. After two years, they were again subjected to the same test and found out that they have increased cognitive decline rates in both men and women with or without a family background of neurodegenerative disorders. It is essential to reiterate the benefits of quitting smoking can offer a high quality of life and save you from mental illnesses.

2. Cigarette can cause Autoimmune Diseases

A research analysis of nine several studies shows that cigarette smoking increases the risk of having lupus, a known autoimmune disorder but quitting also results in cutting down the possibility of acquiring this disease.

Lupus is a chronic autoimmune disorder characterized by inflammation, tissue damage, and pain throughout the body. A credible study by Harvard researchers has reviewed several studies that linked lupus with cigarette smoking. Current smokers show a small significant increase in the risk of developing lupus, while former smokers or those who quit smoking do not show any signs.

Female smokers who are planning to get married and later get pregnant should think of the benefits of quitting smoking as early as possible to prevent SIDS or sudden infant death syndrome. Researchers have done analysis studies on infant death and compared 754 cases of SIDS versus 2,400 healthy babies, and the result shows that half of the death was caused by babies sleeping on their side or stomach, and 16% were linked to bed-sharing of babies and their mothers who smoked.

Smoking during pregnancy posed a greater risk as it is connected to the doubling of cases of SIDS. Babies are 17% at risk of SIDS if they share a bed to their mother who smoked, this is from The Lancet. An epidemiologist from the London School of Hygiene and Tropical Medicine, Robert G. Carpenter, Ph.D., suggests that babies must be placed on their crib in the same room with their parents who smoked without bed covers.

4. Cigarette can cause Impotence

If you are one of the many males concerned about their performance in bed, you should stop smoking now. Studies suggest that lighting up cigarettes is related to man’s inability to get an erection. Research with 5,000 Chinese participants shows that chain smokers have an increased likelihood of suffering from erectile dysfunction by 60 percent compared to men who are not smoking.

5. Cigarette can increase the Risk of Macular Degeneration

Chain smokers are more at risk of developing age-related macular degeneration than those who do not smoke. However, those who will quit smoking can lower their risk, other studies show.

It is essential to realize that macular degeneration can happen to older individuals exposed to nicotine. This condition can progress to permanent loss of vision. Nicotine can affect the retina of the eye that is responsible for vision.

6. Cigarette can cause Loss of Smell and Taste

Smelling like a walking smoke is not only the concern of smokers, but they can also experience a sudden loss of their senses like smell and taste. The benefits of quitting smoking will allow you to enjoy your food more. According to Andrew Spielmen, DMD, Ph.D. of NYU School of Dentistry, smokers are not able to use their sense of smell in full capacity, and it affects their sense of taste. Inhaling fumes from the cigarette is very detrimental to our senses.

Most of the health articles on this website talk about how free radicals can cause premature aging. According to the American Academy of Dermatology, toxins found on cigarettes can increase the development of free radicals and oxidation that speeds up the aging process, especially on the face. It is essential to stop smoking now if you do not want to look older than your age.

4 Interesting Facts about Fear of Dogs