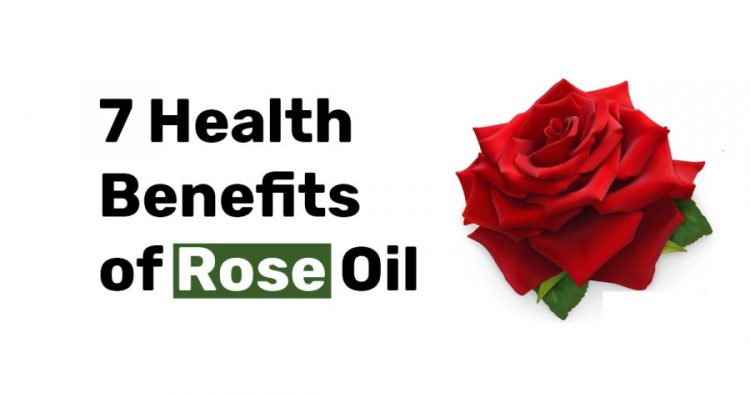 Rose is a popular type of flower because of its color, beauty, and scent, but many are not aware that rose oil has some beneficial health effects. Essential oils are used for aromatherapy in spa treatments and as a home remedy to several ailments. The aromatic compound found in rose has healing properties.

According to several studies, essential oil from rose has many health benefits, but it is based on small trials. Extensive research about its benefits is concentrated on its psychological and physiological use. This article will give you comprehensive information on the possible good effect of rose oil on overall health.

According to the 2015 study with children who undergo operations were asked to inhale rose oil. Those who inhaled the oil experience decrease in their level of pain. Researchers believe that this effect is due to the brain’s endorphins after inhaling the essential oil. Endorphin is known to provide a “feel good” effect on the body.

There is a study done with women experiencing premenstrual syndrome. The group was divided into two; the one is given a massage using almond oil only, while the other group is given almond oil as a carrier oil with rosehip oil. The result showed that women who were given a massage with the oil from rose experience lesser cramps than those who only use almond oil.

Just like other essential oil, rose can offer a relaxing effect that can relieve stress and anxiety. A study made use of the oil from rose and applied on the skin of the participants. The result of the data shows decrease levels of cortisol, blood pressure, breathing rates, heart rates, and oxygen level in the blood. Aside from that, applying rose oil on skin makes them more relax. Another study in 100 pregnant women who are giving birth found out that using oil while delivery decreases anxiety.

There are additional researches on the effectiveness of rose oil on the skin in eliminating microbes that can cause skin infections like E. coli and throat infection brought by Streptococcus. Few studies also relate its benefits against fungal infection in the vagina, mouth, and gut from a fungus called Candida albicans.

Two studies show inhalation of rose oil can promote sexual drive and satisfaction in both men and women. There is one study that involves both men and women suffering from depression and taking antidepressants. They were asked to inhale rosehip oil and showed a significant increase in dopamine production, which is a motivator chemical. Dopamine is responsible for increasing sexual drive while treating symptoms of depression.

There are numerous clinical studies done in 2012 that use rose oil to treat symptoms of depression. The research was done using a small group of women suffering from postpartum who underwent treatment to ease depression.

The group of women who receive aromatherapy and conventional treatment for depression experienced improved symptoms compared to those who only use medicine alone. Medical experts suggest the use of rose oil on the skin instead of inhaling the essence. The reason is that the effect of oil on the skin lasts longer than inhaling the scent.

A scientific study published in 2014 by the Complementary Therapies in Clinical Practice suggests that the use of essential oil from rose can significantly improve patients’ quality of sleep in coronary care units. Also, a trial in 60 people was done and received routine care with the addition of aromatherapy using rosehip oil. It was done for three consecutive nights, and they experienced improved sleep quality compared to those who only receive routine care.

7 Signs and Causes of Knee Pain