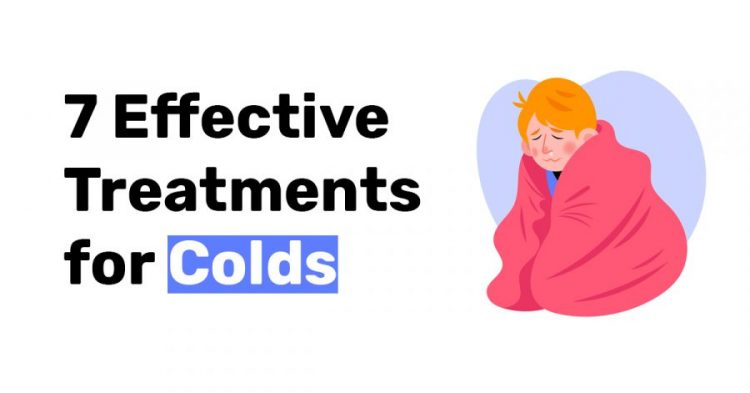 The symptoms of flu such as fever and coughing are a natural way of the body to fight off viruses. This only means that your immune system is working very hard to heal you naturally. Having a fever is a way for the body to ward off viruses by providing a hotter environment within the body. Also, the hotter temperature is a way for the body to encourage the circulation of germ-killing proteins in the bloodstream. In the case of mild fever for one to two days, it means that you can get better faster.

Another treatment for colds that the body used is coughing, it eliminates mucous from breathing passages that carry bacteria going to the lungs. A runny nose can be treated using a decongestant to help you breathe easier.

Eating hot and nutritious soup is not a cure for cold, but this is a way to encourage the slow movement of neutrophils, which is a type of white blood cells. According to s study, sipping hot and steamy soup is one way to encourage the neutrophils to slowdown thus concentrating its fight in the part of the body that requires most treatment. A study relates to the soup as one of the most effective colds remedies for upper respiratory infections. However, it is important to take note that you need to prepare low sodium soup and try to incorporate nutritious ingredients like chicken and vegetables.

Ginger has long been used for traditional medicine in treating several illnesses, but today it is now backed up with scientific evidence. What you can do is to boil slices of ginger to relieve you from sore throat or cough. Another study found out that it is effective to relieve nausea that accompanies influenza. The efficacy of ginger as home remedies for cold show efficiency in relieving clinical nausea.

Aside from relief from a sore throat, honey is also good as a cough suppressant because of its antimicrobial properties. Several studies with honey were done and administered to children and found out to give relief for bedtime cough. They were given 10 grams of honey before sleeping and they showed positive response by sleeping soundly. This is a common cold treatment that can reduce the severity of the cough.

However, honey is not recommended for children 1-year-old and under as it might cause botulinum in children.

The leaves of the Echinacea plant have been used by Native Americans for centuries to treat infections. The reason is the fact that it is packed with flavonoids that can offer a therapeutic effect on the body. For instance, flavonoids as an antioxidant serve as immune booster thus decrease inflammation. There are limited studies with the effectiveness of the plant in fighting cold symptoms, but one review study suggests that Echinacea leaves can decrease the risk of having a cold by 50 percent. Also, it can reduce the healing time of a cold. If you are a healthy individual with no underlying illness, then you can try this treatment for colds.

Fruits that belong to the citrus family like oranges and lemon are rich in vitamin C. This vitamin is used as an immune booster. You can add lemon with honey and tea to eliminate phlegm for faster colds remedies. It is not a total cure for cold, but taking more vitamin C while you are sick can aid the immune system to fight respiratory tract infections.

Probiotics are known as good bacteria in the gut and it is abundant in several foods as well as in the form of supplements. This good bacterium is one of the best home remedies for cold by increasing the ability of the gut and immune system to fight viruses and bacteria to prevent upper respiratory infection. The best way to enjoy while trying to get better is to consume yogurt in your daily diet. Take note to only choose products that indicate live bacteria on its label.

Another one of the most old fashioned colds remedies is with the use of vapor rub as it is proven effective to relieve symptoms of cold in children that are older than 2 years of age. This is a good way to open-air passages and decreases the severity of cough and promotes better sleep.

7 Early Signs of HIV You Should Know