7 Early Signs of HIV You Should Know 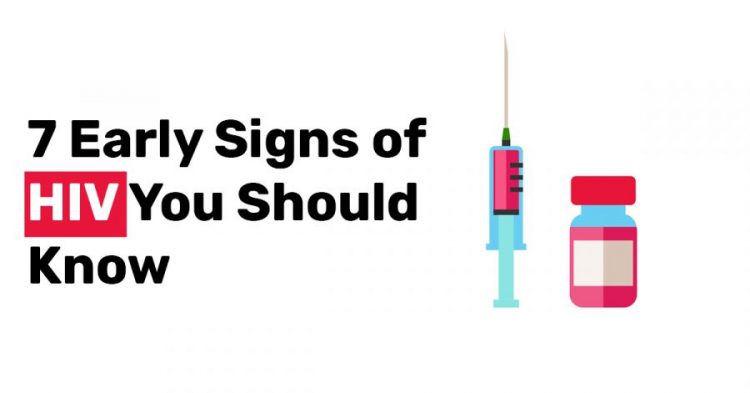 People typically get HIV from unprotected sex, body piercing, sharing injectable drugs, and tattoo needles. There is also a low probability of acquiring HIV from oral sex. Since HIV spreads through bodily fluids, babies can get infected from childbirth and through their mother’s milk. In most cases, a person notices the symptoms of HIV one to two months following its spreading. Some people do not encounter early signs of HIV soon after acquiring the virus. Carrying the virus without symptoms can last for years. The characterization of HIV in its early stages is similar to the signs and symptoms of other common illnesses. If you suspect yourself of HIV, you should immediately consult your doctor for a test. Undergoing appropriate tests is crucial because HIV is controllable with early medical care. Neglected HIV can result to stage advancement even without symptoms.

This article explores seven early signs of HIV for both men and women.

Soreness of the penis or anus is one of the common b. Recurring ulcers in different areas of the body can be present, like in the mouth and esophagus.

Sexually transmitted diseases often cause a burning sensation in the organ when someone pees. Pain, while peeing, can be a symptom of prostatitis or inflamed prostate. Prostatitis roots from infections can lead to swelling, bloody urine, and frequent peeing.

Insufficient sex hormone production is among the common signs of HIV in men. Hypogonadism is a condition characterized by low sex drive due to a lack of testosterone. Hypogonadism is linked with HIV. Hypogonadism’s other signs and symptoms include sterility, fatigue, less body hair growth, depression, and erectile dysfunction.

The appearance of red rashes is a common sign of HIV. Painful skin spots are present at one’s back, sex organs, and mouth. Skin sores also indicate a different medical condition, so consulting your doctor is best when skin problems appear. With the right treatment, your skin can recover from rashes.

HIV symptoms in women can manifest through changes in their menstruation. Abnormal flow than one’s regular period and worse PMS (premenstrual syndrome) and complete absence of period indicate HIV.

Part of your defense system is lymph nodes, also called lymph glands, present all over the body. Some lymph glands are found in your neck, armpits, and groin. These nodes are responsible for fighting infections by straining disease-prompting organisms. When your body is under a virus attack, your defense system guards your body, and you can feel this clash through the enlargement of your nodes. Your nodes do not typically enlarge when you are not sick, but if you have HIV, your body is in constant fighting with the virus, and your lymph glands can enlarge for long months or a year.

HIV symptoms in women are also similar in men, especially in terms of being inclined to infections. Because your defense system becomes weak, it struggles to combat bacteria and viruses. You can become vulnerable to opportunistic diseases like tuberculosis, herpes, candidiasis, and pneumonia. For women, bacterial infections are more likely to occur and are more difficult to cure. By and large, individuals with HIV are more susceptible to skin, lungs, eyes, kidneys, brain, and digestive tract conditions.

Usual illnesses like influenza are tougher to manage when someone has HIV. To fight off opportunistic infections, one can minimize their vulnerability by consuming antiretroviral medicines. Simple hygienic practices like washing your hands can prohibit the acquisition of disease-causing germs and bacteria.