6 Interesting Facts about Fear of Snakes 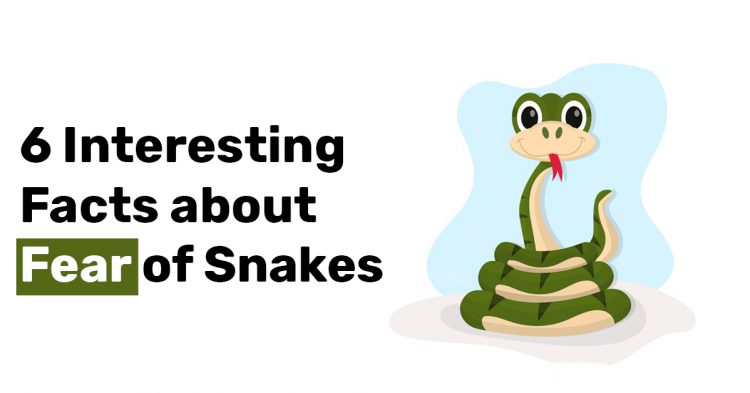 There are 3,000 species of snakes in the world. Among these species, 600 secrete venom, and 207 percent of them are fatal. So, the rest of the species are non-venomous and not fatal. Snakes help in controlling pests like rodents. These animals eat their prey by swallowing them alive. Therefore, it can start fear of snakes.

Snakes may sense humans as a threat. However, they do not want anything to do with us. If ever a human sees a snake, it may be due to the snake finding something to eat. You may even see a small one in your landscape or yard. Humans are bigger than snakes. They may see us as a dangerous predator. But they will likely leave you alone if they feel that you have nothing to do with them. In some movies and series, snakes show up and give a sense of danger. But they fear us too.

Still, many of us fear snakes. It may be due to the escape instinct we got from our ancestors. Here are interesting facts on why some of us are afraid of snakes.

If you have an excessive fear of this animal, you have ophidiophobia. This term came from two Greek words, which are “ophis” (snake) and “phobia” (fear). Phobia refers to an irrational fear reaction. Disliking snakes is different from a constant fear of them. For people with a snake, the phobia will start to panic upon seeing or remembering snakes. People who have a fear of reptiles like lizards may also fear snakes.

The impact of ophidiophobia can be mild to severe. In mild cases, you dislike snakes, and they annoy you. In severe cases, it may affect your day-to-day life. It may hinder or delay you from going to places and doing things you must do. Also, it does not only affect you but your career and relationships. The thought of the threat gives more impact than the real one.

Causes may be internal (psychological or mental) or external (trauma). Fear or phobia of snakes may develop due to a traumatic encounter with a snake. If someone experienced a snake bite before, he or she might be anxious about snakes. Even though the trauma happened at a young age, it may leave a long-term phobia.

Also, hearing or seeing a snake bite someone may cause you to fear snakes. Having a fear of snakes may occur due to series of unpleasant situations. A family or friend’s experience may also affect you. Another cause may be due to traumatic brain injuries. Studies link alcohol, drug abuse, and depression to having phobias.

Phobia of snakes may vary from person to person. Some are afraid of small snakes. Others are afraid of large ones. Sometimes it can be both. In severe cases, some may also be afraid of places where snakes might be. Examples of these places are mountains, forests, and even pet stores. Other triggers include

It’s not easy to know if someone is afraid of snakes. Almost all phobias have the same symptoms. The only difference is the object or situation that triggers them. Here are signs to look for:

These symptoms result from anxiety over snakes.

It is not rare to fear these reptiles. Many movies show people fearing snakes. They either fight or flee. Hence, fear of snakes is one of the most common subgroups of fear of reptiles. On a survey, more than half of the American participants fear snakes. Women are more likely to have phobias. About 62% of women say they fear snakes. And only 38% of men say that they are afraid of snakes.

We may be overrating what a snake can do even when they’re far from us. However, death from heart disease and cancer are way higher than deaths from snakes. Fearing something is safe. It is a natural emotion for humans. Yet if these fears interfere too much with your life, seek help.

16 Causes and Remedies of Stretch Marks on Arms