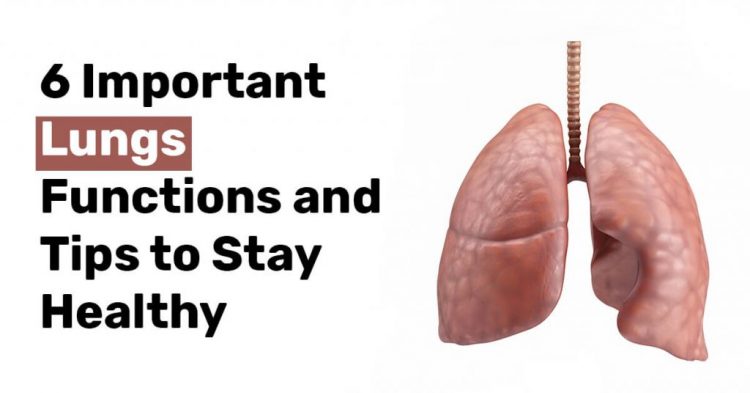 One of the main organs in the body is the lungs. It is an important part of the breathing system or respiratory. Hence, it is also the one that brings oxygen to different parts of the body. Also, it gives off carbon dioxide as people breathe in and out. It is a waste product of the cells from its normal activity. Lungs function is very important for a healthy body.

The lungs resemble an upside-down letter “Y,” also called the bronchial tree. Therefore, like trees, it also has several small branches like tubes. These branches are very small, with a thickness similar to the hair strand.

Lungs are a part of a large system that is divided into different parts. There is an upper and lower part of the respiratory tract.

Once you the air enter your mouth and nose, it will travel to:

As people breathe, the exchange of air happens. The heart brings back the air to the lung without oxygen. This blood carries carbon dioxide instead of oxygen. After that, blood with oxygen is sent back to the heart from the lungs. Lastly, the carbon dioxide is released from the lungs through the nose and the mouth. Hence, normal lung capacity is very important for overall health.

4. How to Achieve Healthy Human Lungs

Lungs have a way to stay healthy and strong. The alveoli stay open like a balloon even when you exhale. Additionally, the lungs make a fluid, also known as surfactant. It helps it to stay open. This substance has a fatty protein that can help the lungs become healthy.

The human lungs can do a self-cleaning process. Therefore excess mucus is swept away by small hair along the airways called cilia. Typically, people swallow this substance again without noticing it. However, if you have an illness, then lungs may produce more of it.

Achieving a normal lung capacity is very important. Breathing is the most common role of the lungs. However, it is doing other roles aside from breathing.

The body has its way of keeping organs healthy. However, people also have an important role in keeping the lungs healthy to function at its best.

9 Causes and Symptoms of Hay Fever

11 Effective Ways to Overcome Fear of Speaking in Public