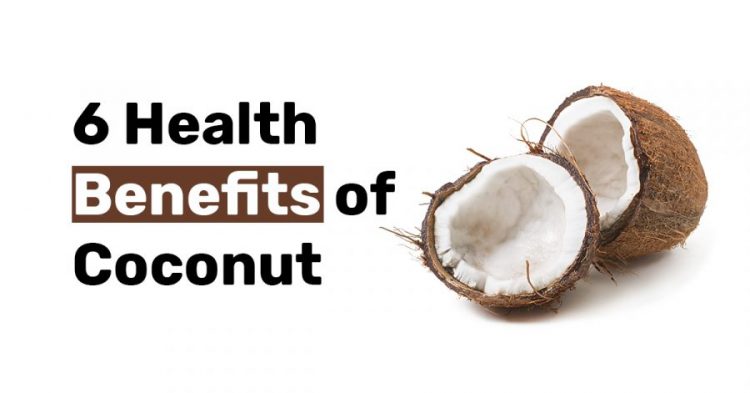 According to health professionals, coconut is a “tree of life” as it is blessed with health benefits from its flesh to its water or juice. Although it is also considered a high-fat food, many still believed in its disease-fighting compounds like antioxidants. If you are trying to cut down calories, you need to watch out for your serving portion. The Health benefits of coconut are available in diverse forms like raw, dried, and powdered as flour. The meat and coconut juice can be easily incorporated into different dishes or enjoy it as refreshments.

The coconut itself is loaded with tons of minerals like manganese, vital in the metabolism of proteins, carbohydrates, and cholesterol. Other minerals like iron and copper can aid in developing healthy red blood cells, and its selenium can protect cells from damaging free radicals.

Today, coconut benefits those in a ketogenic diet because of its medium-chain triglycerides or MCT content. MCT is metabolizing differently compared to other fats as it is absorbed directly by the small intestine and use it immediately as energy.

People in Polynesian island, according to a study, show a lower rate of having heart diseases. Due to their coconut meat consumption, they also consume more fish and vegetables, and they avoid processed foods. Further studies are recommended for conclusive evidence.

Another study conducted to 1,837 Filipino who are known to consume coconut oil in their diet shows an increased HDL level or good cholesterol. Still, the result also indicates a high amount of LDL. However, a much larger study in women who consumed 30 ml of refined coconut oil in their diet for 12 weeks decreased waist circumference of 0.5 inches. It is recommended that coconut is good for you if you do not have an existing heart condition.

Coconut nutrition is composed of very low carbohydrates, high in fiber, but high in fat. A study in rat found out that coconut has antidiabetic properties because of its arginine content, which is an amino acid vital for the normal functioning of pancreatic cells. The pancreas is the organ in the body responsible for releasing insulin for an average level of sugar in the blood.

Rats fed with protein from coconut meat show better results of glucose metabolism, insulin level, and better blood sugar markers compared to a group that did not consume any coconut protein. Another theory of coconut benefits comes from its fiber content that aids in slower digestion and leads to a normal blood sugar level.

A healthier kidney requires drinking enough water or fluid in the diet. A study suggests that drinking water from coconut is much better than consuming pure water, especially for kidney stones. Stones that can affect the kidney developed from calcium oxalate that can form crystals in the urine. The first study was conducted in mice and coconut water and its effect on preventing the formation of crystals in the urine. The research also shows the health benefits of coconut in reducing the number of crystals accumulated in the urine.

Instead of drinking commercialized energy drinks, you may want to energize your body using natural refreshments like coconut water. Coconut water is a good source of electrolytes responsible for providing the body with normal fluid balance. Aside from electrolytes, coconut is good for you as an energy drink because it contains essential minerals like calcium, sodium, magnesium, and potassium.