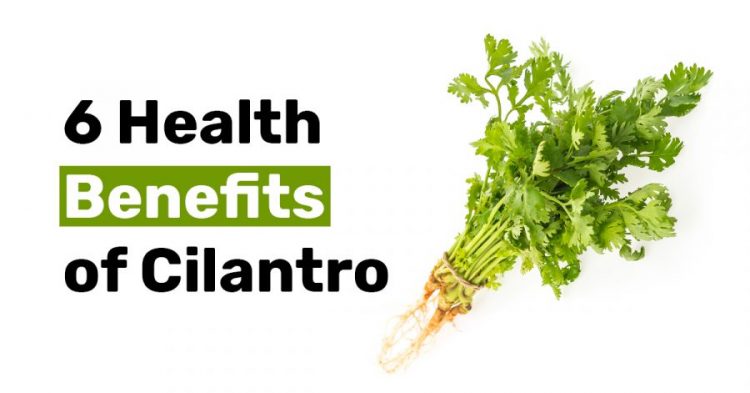 Cilantro, or also called coriander, is a common flavoring for different dishes all over the world. It comes from the same family as celery, carrots, and parsley. The plant seeds are known as coriander, while the leaves are known as cilantro in the United States, but some other countries knew it as coriander leaves or just cilantro. The culinary industry uses it as an essential flavoring to salsa, soups, Middle Eastern, Indian, and Asian cuisines to add unique flavor to curries. Cilantro benefits lie from both the leaves and the seeds.

This article will tackle cilantro nutrition that you can get out of its plant.

According to an animal study and health benefits of cilantro, the seed can promote an enzyme activity that effectively eliminates blood sugar. Also, another study conducted in obese rats with high blood sugar shows that a single dose of 20 mg a day of the seed extract from cilantro can decrease the sugar level by four mmol/L within 6 hours. The effect is very similar to medication given to patients with high blood sugar called glibenclamide.

Cilantro is a powerhouse of antioxidants that can decrease the likelihood of cellular damages caused by free radicals. Plant compounds known to exist in cilantro are quercetin, tocopherols, and terpinen, all proven for their anticancer effect and immune-boosting benefits cilantro good for you.

A test-tube study was done with coriander seeds. The result finds out its high efficacy in lowering the risk of inflammation and decreasing cancer cells’ growth rate in the lungs, colon, and breast.

Several scientific studies in animals and test tubes in cilantro show its efficacy in lowering the risk factor involved in heart diseases like high LDL bad cholesterol and high blood pressure. The extract is also a diuretic that can aid the body in flushing out excess water and sodium. Cilantro benefits are an effective way to slow down blood pressure levels. An observational study from people who love eating foods with a pungent smell like herbs and spices reduces their likelihood of consuming more sodium, which is good for the heart.

Cilantro nutrition can help people suffering from brain diseases such as Alzheimer’s, Parkinson’s, and multiple sclerosis linked to the brain’s inflammation. As mentioned above, cilantro has anti-inflammatory properties that can safeguard the brain from these diseases.

Several studies in rats found out that extract can provide a protective covering to avoid nerve cell damage and improve memory. Other animal studies show cilantro extract’s effectiveness in alleviating anxiety attacks similar to the Diazepam effect, commonly prescribed to reduce symptoms that make cilantro good for you to cope with anxiety.

Health benefits of cilantro can promote a healthy gut. An 8-week study conducted in 32 people with IBS or irritable bowel movement found out that with just 30 drops of the extract given three times a day, significantly reduced the symptom of abdominal pain, discomfort, and bloating in comparison to the placebo group.

According to several types of research, Cilantro has an antimicrobial compound that can protect the body from infections and foodborne illnesses. The unique combination responsible for this cilantro benefits is Dodecenal that can combat bacteria such as Salmonella that can cause food poisoning.

A test-tube study resulted in another discovery that seeds from coriander and other Indian spices are useful for fighting bacteria that causes UTI or urinary tract infection.