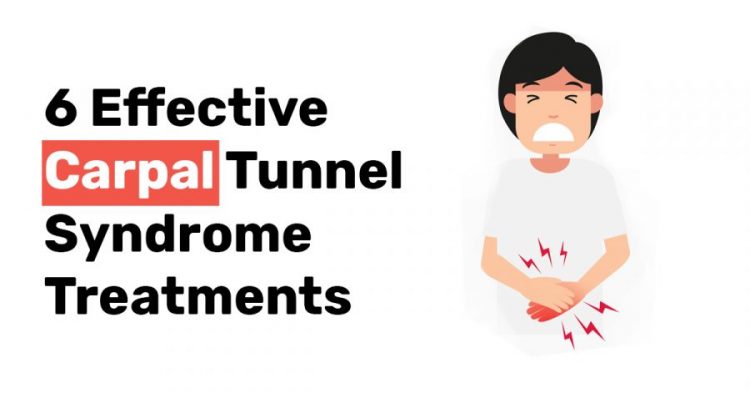 This article explains the most effective carpal tunnel syndrome treatments.

NSAIDs are the first line of medicine used for treating pain. Over-the-counter pain killers such as aspirin, naproxen, and ibuprofen can help ease your hand’s pain and inflammation.

Carpal tunnel syndrome symptoms are often felt when your hand and wrist are extended or flexed, and you keep the same position for an extended period. For carpal tunnel relief, one must avoid activities that trigger or worsen the symptoms. If you cannot completely stop specific actions, you can modify these activities to slow down your disease’s progression. A few changes in your work station can help you in the long run.

Performing particular exercises is recommended as a carpal tunnel syndrome treatment. Your doctor or therapist may suggest specific exercises that can induce the median nerve’s free movement within the carpal tunnel.

Another non-surgical treatment for carpal tunnel relief is injecting corticosteroid. Corticosteroid is an anti-inflammatory agent that can reduce pain and other symptoms. Although steroid injections only provide temporary relief, it is an option for alleviating severe pain.

If engaging with non-surgical treatments over some time did not help ease your symptoms, your doctor may recommend surgery for carpal tunnel pain relief. The surgical treatment for carpal tunnel syndrome is known as “carpal tunnel release.” This procedure can be done in two different surgical ways: open carpal tunnel release and endoscopic carpal tunnel release. For both of these techniques, the goal is to cut the ligament that forms the tunnel roof. Doing the procedure will increase the size of the tunnel and reduce pressure on the median nerve. Almost every carpal tunnel surgery is done on an outpatient basis. For the surgery, the doctor may put you under general anesthesia. It means that you will remain unconscious during the operation. If not, the surgery can be done with local anesthesia wherein only your hand and arm will be numbed. Giving a light sedative through an intravenous (IV) line inserted to your arm’s vein can also be done.