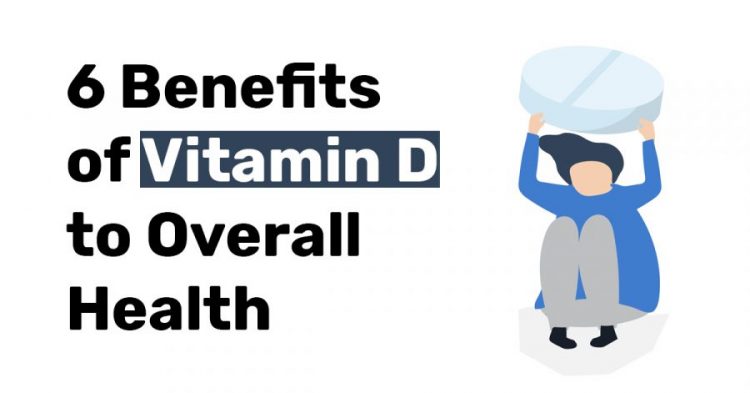 If you love going outside the sun, you will get your daily dose of vitamin D. This sunshine vitamin belongs to fat-soluble vitamin and contains important compounds such as vitamin D1, D2, and D3. The body can produce it naturally once you are exposed to sunlight. Aside from that, you can get it from the foods you eat and from supplements. There are lots of benefits of vitamin D and one of which is to regulate the absorption of phosphorus and calcium and facilitate the normal functioning of the immune system.

Deficiency of this vitamin can lead to bone abnormalities like osteomalacia or softening of the bones and osteoporosis.

Just like what has been mentioned earlier, vitamin D can decrease the risk of having bone problems in children known as rickets, osteomalacia in adults, and elders prevent the risk of developing osteoporosis.

Children lacking vitamin D in the diet can develop a rare disease called rickets. This is characterized by soft and weak bones in children that are common in developing countries. However, anyone can develop this condition in case of not enough exposure to sunlight or inadequate vitamin D in the diet, according to researches. The common symptoms of this bone illness are a pain in the spine area and legs, stunted growth in children, and muscle weakness. One way to solve the deficiency is to take a supplement with vitamin D3 benefits.

Another bone condition is osteomalacia, characterized by softening of the bones with symptoms such as pain in the legs, hips, ribs, pelvis area, and back. During the early stages of this bone disease, people suffering from it might not experience any symptom, according to Mayo Clinic.

For the elderly, osteoporosis is common and it is the major cause of bone fractures. It can happen when there is an abnormal balance in the creation of new bones and older bones. When there is more bone loss than new bones regenerate, then elders can suffer from osteoporosis. Elder women after their menopausal stage are at risk of this bone condition. It is imperative to take advantage of vitamin D benefits earlier in life to prepare for old age.

Few types of research on the effectiveness of this vitamin in preventing clinical depression have been done. According to the National Institute of Mental Health, people suffering from seasonal depression showed less vitamin D consumption either from the sun or in their diet. This nutrient is also responsible for the production of the important neurotransmitter serotonin.

This is the same chemical that the brain releases after a long run, eating chocolate, petting your dog, or hugging the person you love. A published article in 2015 from World Psychiatry said that a low level of serotonin in the body will make a person feel blue which makes him/her at risk of developing mood disorders. One of the many vitamin D uses is for an improved number of serotonin levels.

A high level of vitamin D3 benefits the respiratory system by fighting off infections like common colds and flu. A review of 25 studies in 11,300 people who were deficient in vitamin D shows a 12% reduction in the risk of developing respiratory infections after taking a supplement.

A review of 19 studies found out that vitamin D benefits people from reducing their risk of having heart problems that can lead to stroke and heart failure. However, another large study with 25,000 participants found out that there is no decrease in the risk of cardiovascular diseases to those who took 2,000 IU of vitamin D every day. The study was published last January of 2019 in the New England Journal of Medicine.

Several observational studies using cell models found out that the benefits of vitamin D are related to alleviating insulin sensitivity. Aside from that, the data showed to aid in type II diabetes management published in 2014 by Endocrinology and Metabolism Clinics of North America.

Another vitamin D uses is to improve brain function to avoid age-related neurological disorders. The reason for this is the fact that the brain has several vitamin D receptors that play a vital role in boosting brain functions. A large review of studies published in 2018 showed insufficient evidence that this vitamin can aid in reducing the risk of Parkinson’s disease and Alzheimer’s disease from Nutritional Neuroscience.