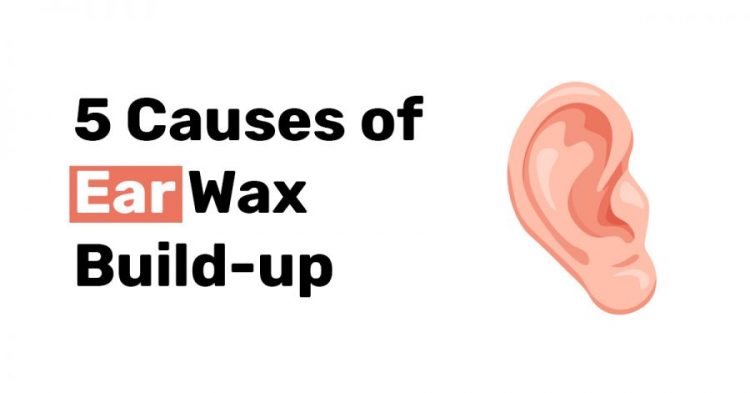 Earwax or cerumen is a substance that naturally accumulates to protect the ears from dust, water, and other foreign materials. Earwax also cleans the ears, lubricates it, and inhibits bacterial growth. Typically, there is no need to remove earwax because it falls off on its own. Small particles of earwax regularly make their way to the ear opening, washed away, or falls off. As this happens, your body secretes new earwax to replace them. While earwax removal is not necessary, there are times when wax can build up in your ear canal. This build-up is called earwax blockage or impacted cerumen. Too much ear wax build-up may cause problems such as loss of hearing and infection.

Earwax varies in color. Having dark or black ear wax does not necessarily indicate an earwax blockage. Black earwax only means that the wax has been in your ear for a long time. The color of the wax can tell how long does the wax remain in your ear. Symptoms of earwax build-up include the feeling of fullness in the ear, cough, dizziness, tinnitus, decreased hearing, and earache. If left untreated, impacted earwax may lead to an ear infection. Symptoms of infection include severe pain, fever, dizziness, persistent pain, the fluid outflow from your ear, odor from the ear, and temporary hearing loss. If you experience these symptoms, you should consult your doctor. Impacted cerumen is among the most common ear problems that patients see doctors for.

Ears are a delicate area that you should avoid treating on your own. It is prone to damage and infection. One should avoid inserting any object to their ears, especially if they have a punctured eardrum, ear drainage, and have had ear surgery. There is no other way to determine if you have too much earwax build-up except having it checked by a doctor. Symptoms on one’s ears do not always indicate a wax blockage. These symptoms might be an indication of a more severe condition that needs immediate medical attention. While over-the-counter (OTC) ear drops are available, having your wax removed by a doctor is the safest method of earwax removal. People with a perforated eardrum should not use OTC ear drops. Hence, one should still be checked by a doctor before using OTC ear drops to ensure safety. Treatments like ear candling or ear coning should also be avoided as it can be dangerous and proven ineffective. Using home remedies like hydrogen peroxide or olive oil to dissolve earwax should be tried at your own risk. Someone who experiences earwax blockage should talk to their doctor.

This article lists the common causes of earwax impaction.

1. You produce too much earwax

Some people have a natural tendency to produce excessive earwax. In most cases, too much earwax does not cause earwax blockage problems, but sometimes it can lead to build-up in the ear canal.

Ear wax build-up is a common occurrence among the elderly. As a person gets older, earwax becomes harder, stiff, and more difficult to fall off. Older adults are more prone to earwax build-up. It can lead to symptoms like loss of hearing.

Certain medical conditions can prevent your body from removing the earwax in a manner that will keep up with how fast your ear produces wax. These health conditions include external otitis, eczema, bony blockage, narrowed ear canal, and autoimmune disease like lupus. For instance, eczema (atopic dermatitis) is a skin condition marked by dry, itchy, flaky skin. The dryness and irritation can have wax, hair, and skin to build-up in the ear canal.

Removing earwax on one’s own is a common cause of earwax blockage. Using any object like cotton buds or bobby pins in the ear canal can push the wax deeper in your ear instead of removing it. Frequent use of earphones or hearing aids can also promote wax build-up by preventing the wax from coming out of the ear canal.

Ear canals are the tubes that connect your eardrum to the outer ears. Some people have hairy or narrow ear canals that make it difficult for the earwax to move out of the ear.