4 Benefits of Castor Oil for Hair 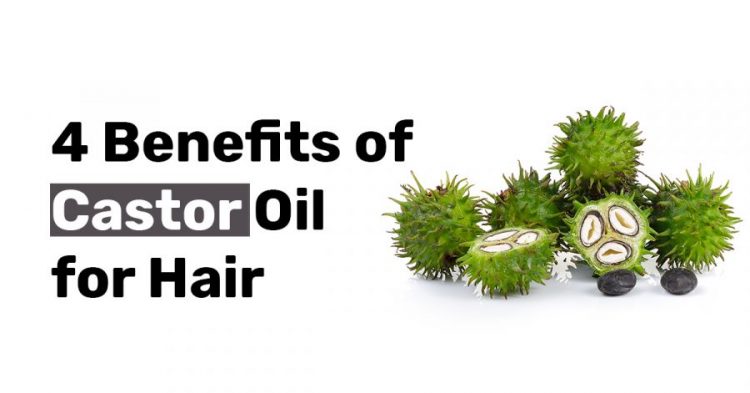 It was just recently when castor oil gained popularity as a natural way to grow hair. However, its efficiency has long been used in traditional medicine to treat several ailments. Castor oil can provide enough moisture to the scalp and treat dandruff. Also, it can serve as a treatment for the hair to look shiny and smooth.

The oil comes from castor bean which is a rich source of ricinoleic acid which is a known fatty acid that can fight off inflammation in the body. Once you apply it on the scalp, then it will promote healthy growth of the hair follicles thus help in hair growth. Castor oil for hair is now being used as an important ingredient for many hair care products. There are some claims that the application of this oil at least once a month can result in increased hair growth of up to 5 times more than the usual.

Castor is loaded with a nutrient that comes from its beans itself. This bean was originated in East Africa, but it is very popular in India as well as in the West Indies as an ingredient to different cosmetic products and for medicinal purposes. Its color is clear to light yellow, but the ones derived from roasting or boiling is called black castor oil.

Organic castor oil is a long-chained fatty acid that can offer essential proteins and a lot of nutrients for the healthier hair follicle and decrease inflammation. Aside from that, it can serve as a protection of the hair shaft for a stronger hair strand that is less prone to hair fall and breakage. Some also relate castor oil for eyelashes to become longer than average.

2. Stimulate Growth of the Hair

The truth is that there is still no proven research about the oil’s effectiveness in growing hair follicles, but many people can attest to its effectiveness. Also, its fatty acid content known as ricinoleic can increase the production of the Prostaglandin E2 receptor which is vital for increased hair growth. It can happen because of blood vessel dilation within the scalp that promotes the normal flow of oxygen and nutrient within the hair follicle. With this effect, organic castor oil is now being studied by many scientists to finally prove this claim.

3. Benefits According to Hair Type

Although the oil has been used by many different products, it is not for everyone to utilize. It is imperative to do a patch test to know if you are allergic to castor oil. You may apply a small amount of castor oil at the back of the ear for a week and observe your skin’s reaction. If you do not experience any irritation, itchiness, or redness in the area, then you can consider using this oil. The following are used according to hair type:

• For people with fine to the medium hair strand, then you can apply castor oil for hair as a deep treatment. It means that you can use it from the scalp up to the end of your hair strand as a treatment before using your favorite brand of shampoo. It is important to keep in mind not to overuse it or soak. • For people with medium to the thick hair strand, you can use it as an intense pre-shampoo treatment, by steaming or heating it for a few minutes to offer deep penetration on the roots and hair strands. • For those with wavy and loose curly hair, you can use castor oil by mixing a few drops in your conditioner. • For those with curly to coiled hair, then you may use castor oil as needed such as a pre-shampoo treatment, added to conditioner, and weekly hair and scalp moisturizer.

4. What to Look for Perfect Castor Oil Product

Cold-pressed organic castor is highly recommended because of its high grade and packed with more nutrients compared to highly processed ones. This is true especially if you will use castor oil for eyelashes as eyelashes are very sensitive. If you are using it for hair treatment, then experts suggest the use of Jamaican black castor oil that is roasted. This is the best one for people with very thick and coarse hair strand.