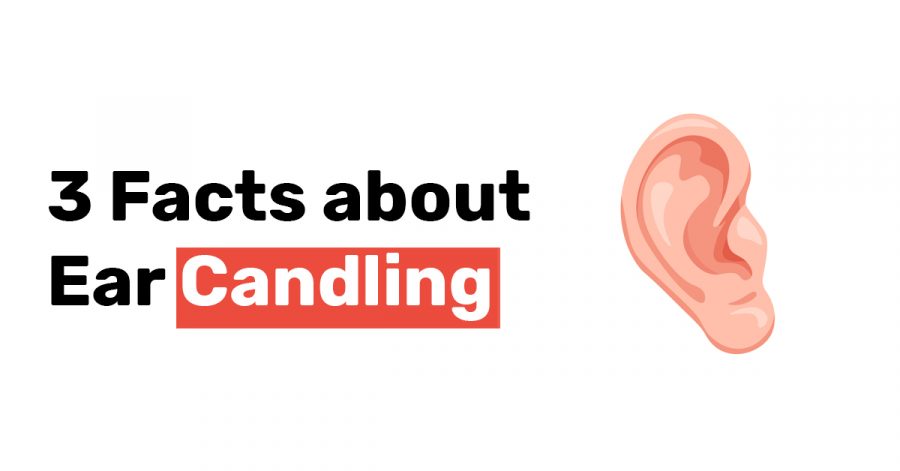 Ear candling or ear coning is an ear cleaning procedure. It uses a cone-shaped lit candle to the ear, with a foil or paper plate to avoid the hot melted wax from touching your ear or face. A massage therapist or an herbalist commonly does this procedure, and it lasts for just fifteen minutes for each ear. Ear candling has been a long-standing form of alternative medicine. The candle’s heat pulls out the wax from your ear.

After using the candles, you can crack it open and see the candle’s mild suction debris. Patrons of this ear cleaning method believe that it does not only remove earwax but also improve hearing and treat symptoms like sore throat, headache, cold, flu, and ear infections. Some clients claim that it also helps with blood pressure and stress. An ear candle is made of cotton dipped in paraffin, wax, or these two ingredients’ mixture. The wax can have essential oils like chamomile and rosemary. The candle is around 10 inches in height.

Before searching for an “ear candling near me,” look at these facts about ear candling.

There is no strong scientific proof that ear candling removes earwax. Studies on ear candling show that the candles used in this procedure do not have a suction force to pull out earwax as it claims. Also, earwax that is firmly pressed is sticky, and the suction should be sturdy enough to remove it. The candle’s temperature is also too low, under body temperature, so the candle can’t melt the earwax. The waste found inside the candle once you split it open is supposed to be your earwax and other impurities, but studies revealed that debris is already inside the candles even when it’s not yet used. The debris inside the candles is made of burned candle wax and fabric. The Food and Drug Administration (USFDA) announced in 2010 that ear candling’s effectivity has no reliable scientific evidence.

Experts say that ear candling can do more harm than good. While it does not remove your earwax, it is a risky procedure for your ear and face. The flame or the melted candle wax can burn your skin. If a wax drips in your ear canal, it can cause clog and block your hearing temporarily. Reports also show that ear candling can lead to perforated eardrums. Ear candling can also worsen earwax buildup. It can also cause bleeding and accidental fires. Further, ear problems like infections or hearing loss may be counted on ear candling instead of seeking proper medical care. FDA has not approved ear candling for any therapeutic use. They also made a warning for its patrons since the procedure can lead to severe injuries. If you have ear conditions, it is vital to seek professional advice before trying ear candling to avoid more damages to the ear.

3. There are Better Options than Ear Candling

Before contacting an “ear candling near me,” you should consider safer and effective options. Entrusting ear removal into your own hands is not advisable either. Earwax is your ear’s protective substance, and it should not be removed in the first place. The best way to deal with earwax is to call your healthcare provider if it causes you itching, irritation, or hearing loss. Your doctor will remove your earwax through irrigation, suction device, cerumen spoon, or forceps.

Removing earwax is a sensitive process, and one should deal with it with care. Some effective home remedies that are safer than ear candling might also help. You can try over-the-counter (OTC) ear drops and homemade earwax solutions. OTC ear drops like Hylands, Debrox, and Similasa are widely available. Alternatively, you can make your water and hydrogen peroxide drops, which can soften your earwax. One needs to mix equal amounts of the two and then drop some solutions to your ear canal. Allow the solution for a few minutes and then tilt your head sideways to let it out with the earwax. Using cotton buds might be a popular remedy, but experts also say no to this method. Cotton buds can push the earwax deeper in your ear, which will make your ear problems worse.